I believe that our biggest challenges are our biggest opportunities for growth. And my challenges started when I was 24, in my second year of real estate.

Stress snuck up on me.

First, there were symptoms such as pimples, lowered libido and general feelings of tiredness and mental exhaustion.

If someone would have said to me at the time “you’re stressed” I would have ignored it or laughed it off.

My mindset at the time was stress = weakness.

I thought people who said they were stressed were just ‘too weak’ to handle life. For me, stress wasn’t even in my vocabulary. So life continued on.

I was managing two sales teams of around 12-14 salespeople, running sales meetings, mentoring new salespeople, managing the sales of projects of apartments and townhouse developments. I also bought my first house along with a brand new car. 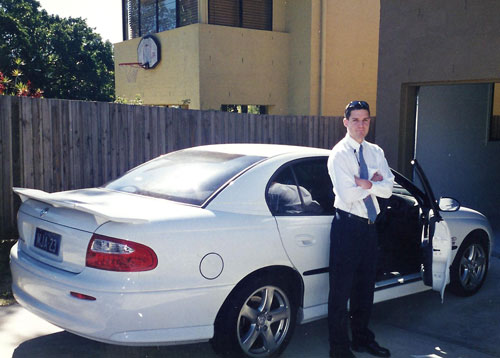 During my stress days in Real Estate 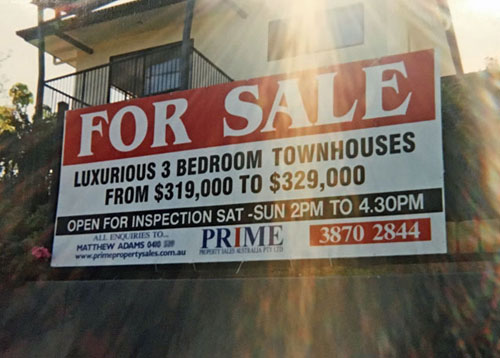 My first project as a Salesperson

After 3 months of experiencing these stress symptoms I woke up one morning and had the thought/feeling “I don’t want to go to work today”. So I called the office and took a sick day off.

I woke up the next morning and thought to myself “I don’t want to go to work today”. I knew something was wrong.

I needed time off.

I called the owner of the business to request a meeting. I asked for time off in the form of “I NEED time off”.

He said “We’re launching these new projects in the next 2 weeks, your team needs you, etc”.

I wasn’t there to negotiate.

My body had made the decision 3 months prior, and my mind had finally caught up.

According to surveys, one of the top reasons people leave their job is not due to money, it’s because they don’t feel appreciated.

I resigned within 48 hours.

I felt like a massive weight had been lifted off my shoulders.

I went into the office the following week to pickup my things and a new sales lady that I’d hired a few weeks prior did a double-take when I walked in the office. She saw me, looked down, looked back up and said “Matt it’s you, I didn’t recognize you”. That gave me a good idea of how I must have looked in the previous months overloaded with stress.

From that job onwards my life has never been the same. For better and for worse.

From that point forward, the average length of time I spent in any one job was around 7 months. Stress, and the cellular memory of stress which lead to anxiety feelings along the lines of “I will die” affected me ever since.

And then things got even worse.

They said they had some other candidates to interview and that they’d get back to me later in the week.

Somehow my mind/body/spirit knew I was going to be offered the job.

At around 11am I was driving along a busy road in Brisbane (Australia) and received a phone call from a friend.

Less than 5 seconds into the phone call, out of nowhere, my heart started pounding like crazy.

(Imagine doing a short sprint up a flight of stairs and how heard your heart is pounding after the sprint. Times that by at least 10 and that was the speed my heart was pounding. I thought I was having a heart attack.)

My immediate reflex was to push back and up into the car seat and started rapid short breathes in an effort to somehow get it all to stop.

I still had the phone in one hand and the steering wheel in the other hand..

As soon as the ‘attack’ finished, I had a layer of sweat over any exposed skin, and the tip of my tongue was numb.

My immediate thought was “What the hell was that??“.

In the direction I was driving there was a doctors clinic only 5 minutes away, so I drove straight there.

I explained to the doctor what had happened and they hoked me up to an ECG machine.

And that was it.

I now refer to this attack as my Stage 2 stress/anxiety event.

Stage 1 was the stress and burnout that happened while I was in real estate. As it turned out, that was like a ‘warning shot across the bow’.

Stage 2 was a direct hit. The ultimate wake up call.

This time I got the message.

I initially accepted the job (they called me at 2pm as ‘predicted’).

I went into the office the following day (Friday) for a brief induction.

They booked me on a flight to Melbourne the following Monday to attend a 1 week in-house training course.

By Saturday I was freaking out.

I’d just suffered this huge unknown attack on the Thursday, and two days later I’m freaking out about being ‘stuck’ in a room doing training for the entire next week.

Imagining the stressful/anxious week ahead, my mental images weren’t good.

By Sunday I was messed up.

I called my Mum, all messed up, telling her what happened on the Thursday, the subsequent job offer, the trip booked to Melbourne and my associated thoughts and feelings.

I remember saying the exact words to her… “I don’t think I can ever work again“.

This gives you an idea of how low I was feeling.

She gave me some simple advice: “If you’re feeling like this now, don’t take the job“.

I took her advice.

I called the Manager who hired me (yes, on Sunday at about 2pm), when I was booked to fly out the next morning to Melbourne at 5am. I made up an excuse, something along the lines of “I just don’t feel like I can commit to the role right now, blah blah“.

4 days later I was working at a factory making ladders.

I’d received the most random phone call from a recruitment agency I’d submitted my resume to the year before.

No interview. I could start the next day. Simple as that.

I knew I’d have to do some type of manual labor job so that I could work with my hands and have no stress on my mind while I figured out how to beat this stress/anxiety thing.

The following 4 months after what I later learned was a panic attack, were the hardest 4 months of my life.

One night I literally did not sleep. Not even for a minute, due to the thoughts and feelings I was experiencing.

I had an overriding thought that wouldn’t go away: “If I go to sleep, I won’t wake up”.

The next night I probably dozed off for an hour or two.

By the following day, my thought was “I HAVE TO get some sleep”.

I went and bought a packet of sleeping tablets. I kept myself awake all day then took two tablets that night. I got some sleep. But the next morning I woke up feeling like I had a massive hangover.

I vowed never to take sleeping tablets ever again.

I’ve NEVER taken one pharmaceutical drug, and have never visited one doctor for the relief or treatment of stress, anxiety or anything closely related to it. I’ve never read a book or even visited a website about stress or anxiety.

Instead, I figured everything out myself through observation and experimentation.

I became more determined than ever.

I started eating better. Not that I was ever eating poorly, it’s just that I increased my intake of vegetables, and more importantly I started educating myself about health, healing and wellness.

Although I’d been reading personal development books since my last year of University, this situation I found myself in required targeted learning and specific knowledge.

I started reading more books around the topics of nutrition, emotional healing, and alternative therapies.

There was a lot of trial and error, and a lot of pain and suffering in the meantime while I was figuring it all out.

Through continuing to learn I came across a life changing technique

For the 4 months following the panic attack I only worked an average of 4 days per week. I had to call in sick at least one day a week because of how I was feeling.

With daily heart palpitations and the lightening-shock feelings in my heart, some days I knew I just had to stop. The thought of going to work meant ‘death’.

The panic attack happened in August 2006. 4 months later in December 2006, I had a breakthrough.

Since the panic attack in 2006 I have literally had the feeling that ‘I could die at any second‘, THOUSANDS of times.

This technique, and others I either found or created, have not just saved my life, but have made me stronger mentally, physically and emotionally than I would have ever been without having had to deal with the stress, anxiety, panic attack, and heart palpitations.

The original stress experience, anxiety, the panic attack and associated symptoms have been the best, AND the worst thing that has ever happened to me.

My self-rehabilitation took 10 months in total but continues to this day. I say 10 months because this is how look it took for me to rebuild myself mentally, physically and emotionally to be able to reach the point where I actually believed I could return to my ‘normal’ work (rather than continuing to work in manual labor jobs).

In the 15+ years since the panic attack, with my initial 10 month self-rehabilitation, I’ve gone through various peaks and troughs mentally, emotionally and physically.

Because of the extent that I pushed my body, going back completely to the way I was before all this stress and anxiety journey started, seems impossible. And I’m ok with that.

It’s been a blessing and a curse.

Ultimately it’s been a gift because it’s made me into the person I am today.

Read more about my past and what I’m doing today…